A visit on the opening day at the Bähler family snail farm.

On September 21st, 2004, I fortunately had the opportunity to travel by train from Freiburg to Elgg near Winterthur in Switzerland, the location of the Bähler family's snail farm. This visit made it possible to have a look at a snail farm and to discuss with some competent colleagues the way, in which the Nersingen method of snail raising had been realised here.

In this context I would like to remark, that a snail farm is also a very interesting place for a school class. Children of different ages may learn much from an interesting insight into the biology of snails, the economy of raising them, even about historical and geographical connections in snail trade. Even modern concepts of interdisciplinary instruction can be realised, when subjects of biology, geography, history and even languages such as French or Italian, are linked.

To do so, I explicitly recommend a visit in a snail farm such as Mrs Samland's enterprise in Nersingen, Bavaria, based on whose model of snail raising the latest snail farms in Germany and Switzerland, soon also in Austria, have been constructed: 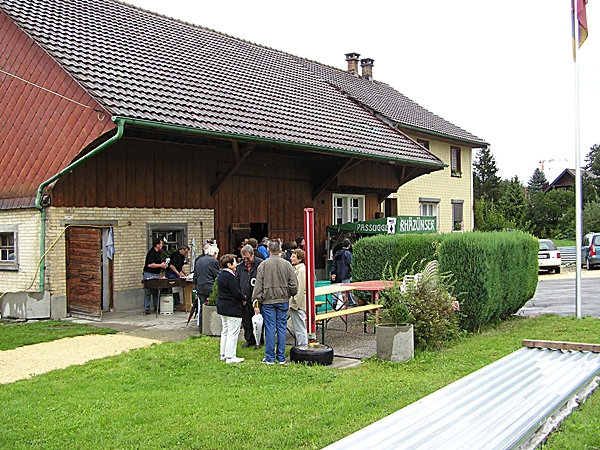