Keel back slugs (Limacidae) are usually large slugs (though there are some smaller species), that may be distinguished from the round back slugs (Arionidae) by their longer and slimmer appearance. Additionally, as their name says, keel back slugs have got a keeled back, meaning there is a sharp edge to their back. Other than in Milacidae slugs, this keel does not cover all of the back, but only about the last third of it. Furthermore, keel back slugs are among those slugs having their respiratory hole in the back half of the mantle shield, as can be seen in the picture on the left. Besides, keel back slugs still have retained a small rudimentary shell beneath their mantle shield, contrary to the round back slugs, which do not.

Limax maximus is called the leopard slug because it shows a very variable pattern of stripes and spots on its mantle and foot. This may, however, also be the case in ash-grey slugs (Limax cinereoniger). So to be certain, it is necessary to have a look at the foot sole of a slug: Whereas it is black on the rims and white only at the centre, the foot sole is one-coloured white among Limax maximus slugs. Besides, the leopard slug lacks the prominent white stripe along its keel, which is a species specific character of Limax cinereoniger.

The leopard slug is a commensal species, which, apart from its habitats in forests, often may be found in cellars and in cultivated areas. While its original home was in Southern and Western Europe, today it not only occurs over nearly all of Europe, but also has been introduced Overseas with food transports. As a link shows at the bottom of this page, Limax maximus not only occurs in America, but also in Australia. Leopard slugs live in different habitats, such as alluvial forests and cultivated areas near settlements, such as groves, hedges and bushes, but also in parks and inner city green areas (such as cemeteries) and industrial fallow land. The German poet and malacologist Hermann Löns also described Limax maximus living in humid cellars, buildings and barns.

In general, leopard slugs are active at night, though they may also be seen in daytime during wet, warm and overcast weather. Usually they sleep under stones, rubble, deadwood, such as tree trunks and shelves, as well as in dark wall crevices. To feed they come out, and then can be found on mushrooms, withered plants and on algae growing on trees and stones. Partially Limax maximus is a carnivore, that also feeds on carrion, but also on other slugs and their eggs. Leopard slugs have even been observed to lead to a decrease of harmful slug species. So even if Limax maximus sometimes feeds on garden plants, it should not be called a garden pest, which it can only be in great numbers of overpopulation.

On the contrary, in the meantime it has been proved that the leopard slug indeed does regulate the populations of the Spanish slugs (Arion vulgaris) by feeding on slugs and their eggs alike. That also means that Limax maximus indeed is not only not a harmful species but rather a beneficial one that should be protected in garden areas.

Especially interesting to describe is the mating procedure of the leopard slug, which takes place in early summer, usually during the night. It has been described not at least in nature films such as David Attenborough's "Life in the Undergrowth".

Two leopard slugs in the condition to mate, crawl one after the other, the back one almost touching the front one. Both crawl towards an overhanging part of a wall or a tree branch, from where they rope down on a slime thread about 40 cm (16 in.) long.

Hanging freely in the air they then mate by extending their penes and entwining them. Doing so, they make a characteristic flower like structure below them, where the spermatophores are exchanged. As are all terrestrial pulmonate snails (Stylommatophora), so also the keel back slugs are hermaphrodites, which are males as well as females.

During mating, but also when the mantle shield is stimulated in another fashion (like spraying with water or touching), leopard slugs may flap their mantle shield like wings.

After mating has been accomplished, one leopard slug crawls up the slime thread, partially eating it during the process, while the other one drops to the ground directly. Stephen Berg from Marly near Fribourg in Switzerland has documented this.

In contrary to many other slugs, the leopard slugs can survive its first year to grow as old as two and a half years. After their artistic act of mating, leopard slugs lay as many as 200 large clear eggs, in which the development of the juveniles can well be observed.

Freshly hatched leopard slugs are very tiny and pale white in colour. Only later, about after a week, they begin to show the first stripes and bands.

Leopard slugs are rather sociable creatures, when they are kept in a terrarium. That would not appear probable, taking into account their solitary life in nature. We have sometimes found three leopard slugs on one tree trunk in the Berlin Grunewald park area, but those did not appear to be close to each other. Besides it is well known, that leopard slugs sometimes show tendencies to cannibalism.

The board of trustees "Weichtier des Jahres" (mollusc of the year) in 2005 elected the leopard slug and in doing so also edited an information brochure on this interesting slug species.

A quote from this publication may serve well to describe the leopard slug: "On one hand many people will think slugs to be disgusting and harmful. On the other especially the leopard slug is a species of striking beauty and elegance, with an almost spectacular repertoire of behaviour."

There is not much left to say. 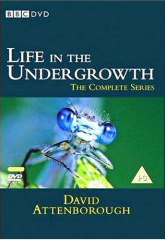