Further Species in the Helix Genus 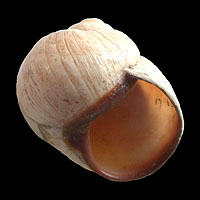 Habitat: Open low bush areas, also vineyards and olive groves. Active only in the early morning and in the evening. During dry periods usually dug into the ground.

Distribution: Mediterranean Southern France near the Rhône River mouth (Départements Var, Bouches du Rhône), but also in the Alpes Maritimes, the Basses Alpes and the Hérault. Besides in the coastal areas in Tunisia and Algeria.

Remark: May only be picked for personal use. 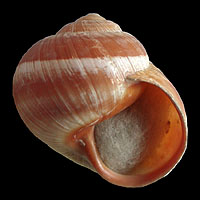 Habitat: Shrub and rocky steppes, below bushes. During dry time often dug into the ground.

Distribution: Eastern Mediterranean: From Central and Western Asia Minor, over the Aegean Isles and all of Greece as far as the Eastern Adriatic coastal areas of Albania and Istria and into Northern Italy (Friuli, Lombardy). 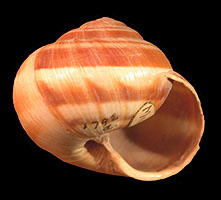 Habitat: Bushes and open mountain groves in low and middle heights, but also beyond the tree line. In the Abruzzi Mountains as high as 2000 m above sea level there are smaller altitude varieties.

Distribution: Central and Southern Italy; from Tuscany and the Marches in the North as far as Calabria in the South, not in Apulia and Sicily.